The History of Body Armor — Prime Armor
We ship within 48 hours!

The History of Body Armor

Nowadays, a bulletproof vest is an integral item of body armor. There exist multiple levels of protection that safeguard military and law enforcement personnel from different types of ammunition and simply blunt injuries.

However, body armor history is quite thorny. Just imagine that in the early 20th century, soldiers went to the battlefield of World War I without carrying any bulletproof clothing.

A bulletproof vest in the form we know it today appeared only after World War II but Kevlar material was found two decades later. Curious to find out when exactly was body armor invented? Read this article to explore key dates and dive into the engaging history of a bullet-resistant vest.

At the end of the 19th century, George E. Goodfellow, an American surgeon and one of the leading specialists in treating firearm wounds, suddenly discovered an interesting case.

A bullet, stuck in the fabric of a silk scarf, did not reach the body of the wounded. The doctor did a write-up of this discovery which later was used by a Polish priest Casimir Zeglen to create the first model of a bullet-resistant vest.

A decade later after Goodfellow’s finding, Casimir Zeglen was experimenting with different types of materials like steel shavings with an aim to create ballistic armor. During the research, he stumbled upon the notes of the doctor and realized that he was on the road to success.

Casimir Zeglen’s approach to sewing multiple layers of silk together allowed the fabric to stretch enough to diminish the energy of the bullet. To prove the concept, he gathered people on the street and publicly showcased how his invention worked. He asked to shoot him straight in the torso to showcase the bullet-resistant properties of silk. Indeed, no bullets from the shot were fatal to Zeglen.

The invention of Casimir Zeglen was an important milestone in body armor history. However, this vest was not widespread back then because of one key disadvantage—it was extremely expensive, thus, available only to royals.

Casimir Zeglen’s silk west paved the way for the invention of the contemporary body armor but there was one more attempt that turned out to be decisive for the bulletproof vest history.

In the 1860s, during the ruling of the Joseon dynasty in Korea, there appeared a soft bulletproof vest called «Myeonje baegab» that is considered another prototype of modern bulletproof clothing. The vest was made from dozens of layers of cotton fabric and safeguarded soldiers from cold weapons. However, it did not protect them from firearms.

To safeguard troops from gunshots, at the beginning of the 20th century, they began to use cuirass similar to those that were used during Roman times again. This armor consisted of metal pieces that covered the torso but it did not allow for proper mobility and agility of soldiers and was too heavy to carry for many hours.

Interestingly, the situation did not change during World War I.  The British managed to create another prototype of protective equipment—Dayfield Body Shield. It was sewn from thick fabric and included shields that protected it from gunshots but unfortunately, it was highly expensive for ordinary soldiers to purchase it. Carrying steel cuirass or no equipment at all remained to be the way out for soldiers then.

During World War II, those fitting at the battlefield finally got better protective equipment. The flack jacket was invented by the British brand called «Wilkinson Sword» for the Royal Air Force crew. It was a kind of light armor that was created from durable nylon fibers and steel plates and protected the aircrew from ammunition debris. However, this protective clothing was too cumbersome, as well as not effective against rifle rounds.

The post-war times were revolutionary for the bulletproof vest history. In 1965, an American chemist Stephanie Kwolek who worked at the company «DuPont» invented durable synthetic fibers also known as Kevlar. This material offered better penetration protection than nylon and turned out to be five times stronger than steel. Before it was used for car tires and armored vehicles but in the next decades, bullet-resistant vests, combat helmets, and ballistic face masks were created from it.

Right after the invention of Kevlar, it was tested by the National Institute of Justice (NIJ) to find out and prove that bulletproof clothing from this fabric was secure and lightweight enough to be worn by law enforcement officers every day.

In the coming years, other bullet-resistant fabrics were developed. There appeared protective materials such as UHMWPE (ultra-high molecular weight polyethylene) that are widely used to produce ballistic vests of different protection levels nowadays.

Currently, body armor is one of the most widespread and important means of personal protection. Its aim is to protect the torso of an officer from firearms and other threats. Modern vests consist of a carrier and two armor panels. They come in various sizes, as well as of different types and protection levels.

There is differentiated soft and hard body armor. The soft one is lightweight and can be used by police officers as daily wear. It is also strong enough to secure them from gunshots and other risks. Soft body armor is also called concealable, as it is quite thin and can be carried under the uniform of military or law enforcement personnel.

Hard armor offers increased security for officers but it weighs more. It consists of bullet-resistant materials, rigid panels or plates that effectively safeguard from rifle ammunition. To provide even greater protection to the torso, there are cases when soft armor panels are combined with hard armor plates.

Despite all the breakthroughs in the production of bulletproof clothing, no vest can protect from all types of ballistic threats. Body armor weight and fit are among the influence factors. Bullet-resistant vests are often too heavy to wear many hours straight. They also have to be manually adjusted by the wearer. 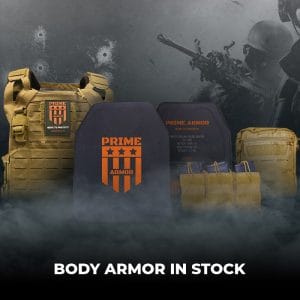 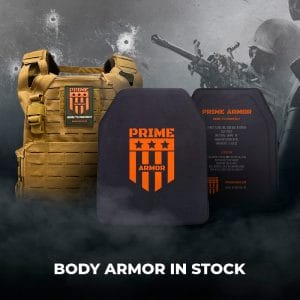 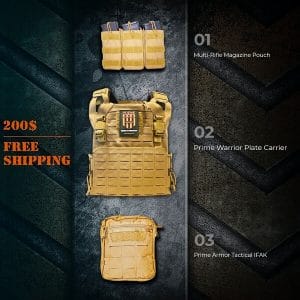 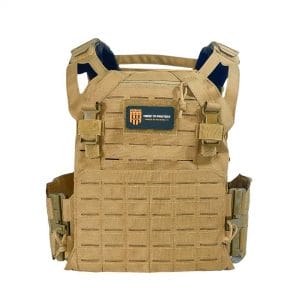 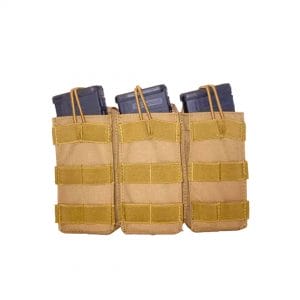 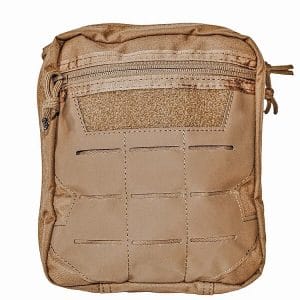 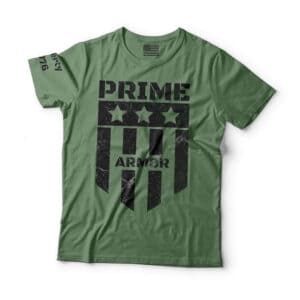 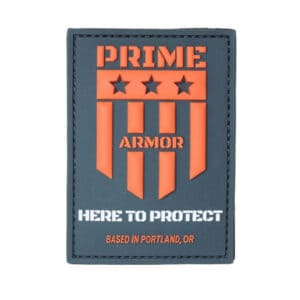 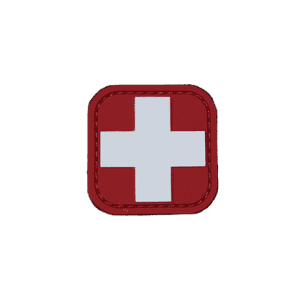 Researchers and manufacturers continue to experiment with the production of body armor so that officers could make the most of them in various, even high-risk situations.

04/08/2021
How Body Armor Varies Between Men And Women
When choosing a bulletproof vest, there’s definitely a variety of questions you would like to ask before purchasing it. How does body armor work? How... 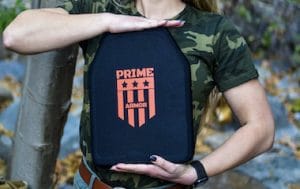 03/12/2021
What Is Soft Body Armor?
In the beginning, people used animal skins or natural fibers made from straw, cotton, and silk. Then metals – copper and steel, replaced them. The... 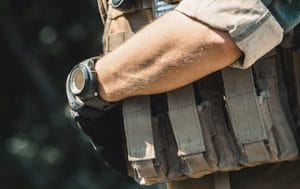 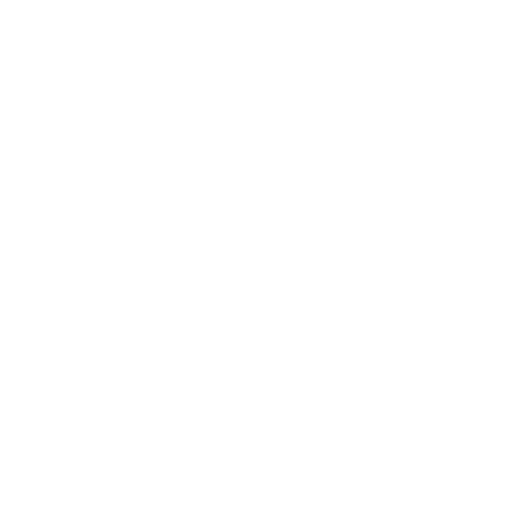 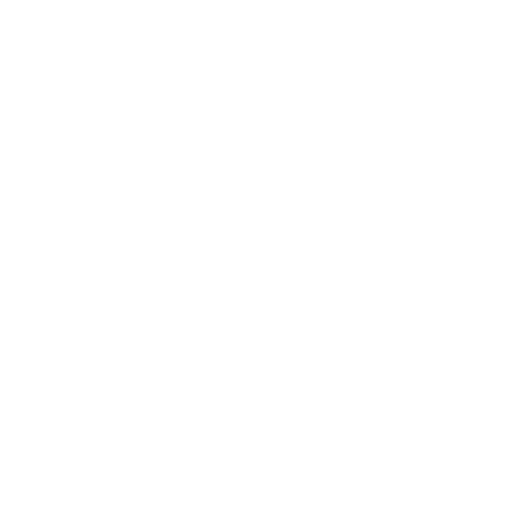